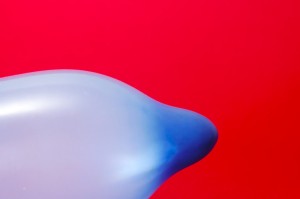 When I checked into my hotel room in LA a couple of weeks ago – jetlagged and discombobulated – I should have alerted the reception desk as soon as I noticed that the condoms in the minibar had been used.

There was an empty box where a full box should have been.

Had I immediately got them on the phone and said “I’ve just checked in, and I want to let you know that there’s an empty condom box in the minibar” I would have avoided the embarrassing predicament the next day of having to explain that I wasn’t trying to avoid paying for condoms I had used myself.

In an entirely cack-handed effort to preempt the accusation that I was trying to get something for nothing, as I approached the reception desk I made the dubious choice to lead with:

“So, I had a wonderful night, only I didn’t get laid.”

At which point the receptionist – male, probably gay – stuttered awkwardly.

“It’s just that your cleaning staff will find an empty box of condoms in the bin. And I didn’t use them. I didn’t have sex last night.” I added, for unnecessary emphasis.

“I’ll make sure you’re not billed for them,” he said, uncertainly.

When I bumped into him again the next day he apologized to me. “I’m sorry, sir. I thought you were hitting on me.”

When I put together the School for Selling earlier this year, many of my teachers told me that it was priced too low to be taken seriously.

Finally, I’m listening to them.

At the end of the year it will be pulled from the market, upgraded, refurbished and re-released at a considerably higher price-point.

Grab it today and you’ll be comped into the all future upgrades.

Get the School for Selling now before the substantial price increase.

There’s over ten hours of original material on how to sell more, and precisely no advice on making awkward situations less awkward.