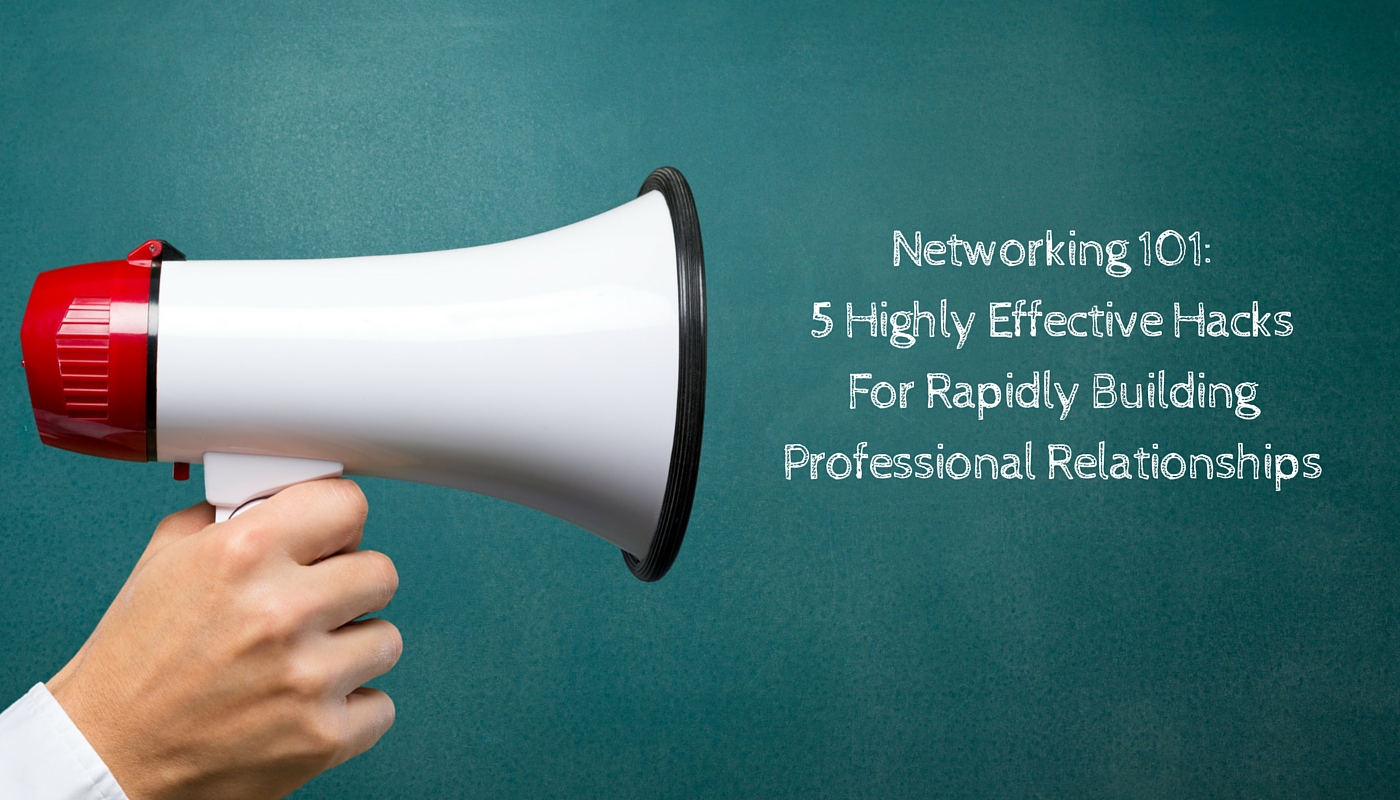 This guide is about networking.

But first: a public safety announcement.

Smoking is bad for you …

It can, however, be great for business.

Yep, start smoking now and before you know it you’ll be forging new relationships and making new friends, and business contacts, and lovers … (for all the reasons below) … while you’re standing outside parties with Europeans and other social outcasts.

That said, I’m more interested in how you can get the same benefits and results without smoking, using a couple of immediately-implementable techniques, rather than selling you on the dubious benefits of taking up tobacco as a hobby.

So here’s why smokers make friends with each other more quickly, and then … the kicker … how YOU can replicate that for fast-forwarding friendly alliance-forging.

When two or more people are huddled together in a doorway, outside a conference, sucking on those “little tubes of delight” (Dennis Potter, 1994), there’s an interesting dynamic at play that leads to quick and tight social bonds.

There are doubtlessly other reasons. But I think it boils down to the introduction of a non-congruent, contrasting and distinct thing (in this case, “smoking” or “cigarettes”) into an otherwise “normal” environment.

It’s an ice-breaker: a pattern-interrupt that forces connection and provokes conversation.

So how can YOU interrupt a pattern, forge a connection and incite conversation at your next networking event, mixer or conference?

Here are a three ideas. I can’t vouch for any of them yet, but if you want to try them out (as I will in the near future) then please report back your findings.

Click here to get my FREE fully comprehensive networking guide.

GREAT NETWORKING IDEA ONE: The Wearable Call To Action 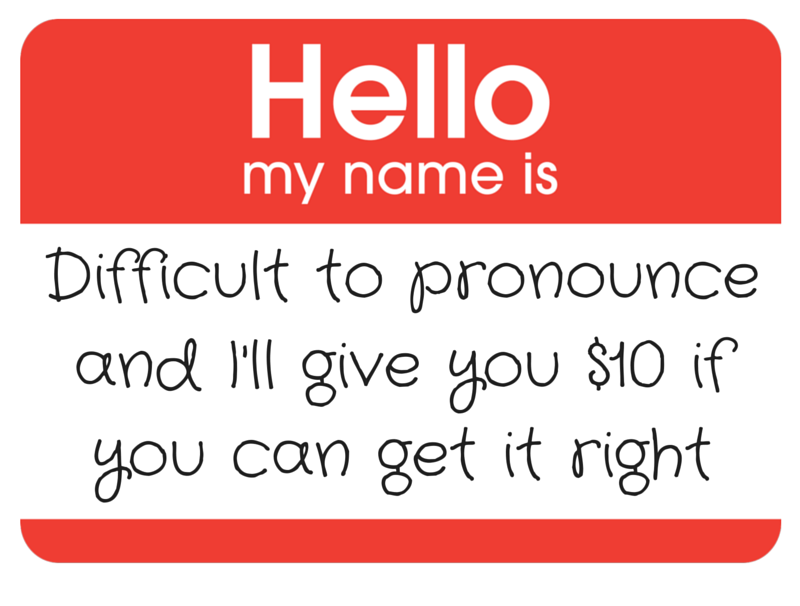 Wear a pin that says “Ask Me Anything” or “You Can Kiss Me If You Like”. (In British we call these pins “badges”, in case you’re British and are asking “what’s a pin?”)

I like small buttons. They’re discreet, not overwhelming, and not brash. You can plant seeds that lead to broken unspoken barriers.

Scott Ginsberg wears a nametag 24/7. And guess what he’s an expert in? Approachability.

People say “hey Scott” and he gets into a conversation. He’s even got a tattoo of his nametag for when he loses his shirt. I don’t know how often that happens.

You can have just your name on a tag, like Scott, or take it a step further and wear a label that invites conversation (“Ask Me Anything”) or action (“Kiss Me”) or controversy (“I’ve got a communicable disease: can you guess what it is?”)

Incidentally, the number of quotation marks in this missive is starting to make feel “sick”. 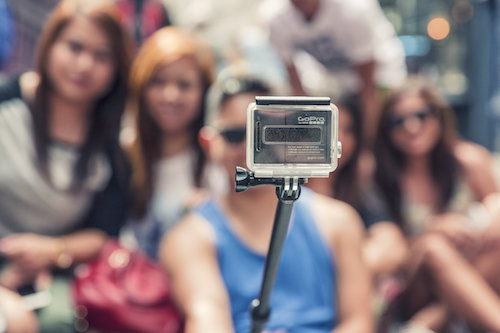 How about, the minute you lock eyes with somebody, you tell them “oh boy! We’ve GOT to get a photo together”?

Most people will acquiesce. Some won’t. Don’t worry about those people. They’ve probably got self-confidence issues that you can’t solve. Or cooties, which you probably can solve, but shouldn’t.

You take a photo with them, or two. You tell them that you’ve just GOT to send them a copy and grab their digits. Send it immediately. Suggest a series of further photos to complete the gallery. Compliment them on their hair. And shoes. Then get photos of the shoes.

Follow up a day later by printing and framing the photos and having them sent to their house.

BY THE WAY … this works FANTASTICALLY in the B2B arena. The VAST majority of prospect/salesmen meetings end with a handshake and a promise to “be in touch with a proposal”.

And then the salesman is forgotten forever.

But it’s impossible to forget the only salesman that year (that life?) who grabbed you by the shoulders at the end of the meeting, took a shot, then sent you a framed copy of the photo the next day.

“Something to put on your desk to remember me by.”

You might not win the business, but you won’t be forgotten, either.

GREAT NETWORKING IDEA NUMBER 3: The “Can I Get Your Input?” 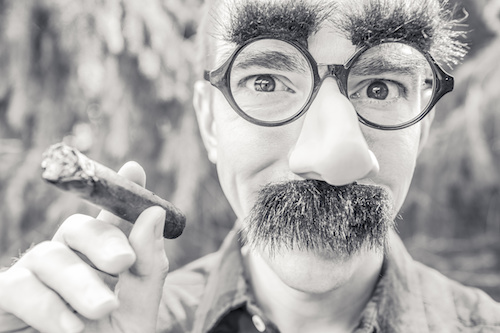 Then, either ask them something leftfield. Get their opinion on it.

The more out-there the ask, the greater the pattern-interrupt. Disturb the normal or the expected with a sharp poke in the eye. (Do not poke anybody in the eye.)

In my book How To Get A Grip (summarized this week in ten minutes on the $100 MBA show) I make some other suggestions for opening conversations with strangers. Your mileage with these might vary:

Enjoying this? Want more. Free guide to rapid networking when you click here. 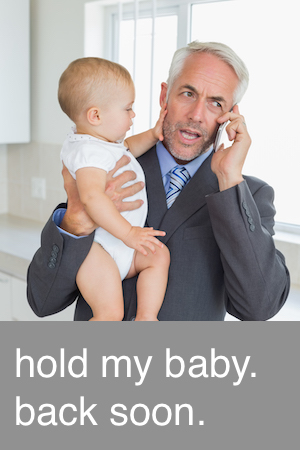 This is rather like point number 3. A variation on “can I get your opinion” but stronger and requires more input from your target.

It’s been used to great effect by the pranksters on Just For Laughs (infinitely superior to the criminality that passes for pranks nowadays on YouTube, IMHO).

You get somebody to hold your dog while you run the bathroom (set-up), and then the dog gets eaten by a bigger dog (pay-off).

You ask somebody to hold your bag while you tie your laces (set-up) and then a policeman runs around the corner and accuses them of handling stolen property (pay-off).

In your case, the setup doesn’t have consequences beyond making new friends.

So you might ask somebody to hold your glass while you do a series of push-ups and burpees (it’s exercise time!).

You might request that somebody score you out of ten on your interpretation of To Kill A Mockingbird through the medium of modern dance.

Or you might tell somebody to hold your phone and wallet while you run outside to tackle a burglar … the bat-signal is flashing, after all.

They’ll be tied to you in a way that requires their active input. It might be mildly inconvenient for them, but you’ll have them as a captive audience for as long as they’re doing your bidding.

[BONUS: If you want people to do your bidding, one of the ways to make this more likely to happen is if you first ask them “could I ask a small favor?” It’s difficult to say no to that, and by that stage they’re semi-committed.] 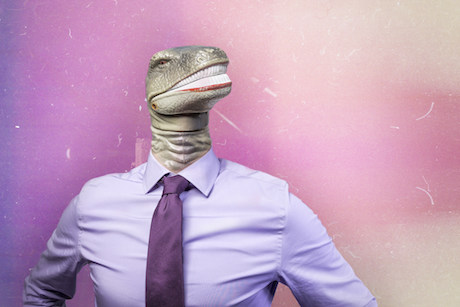 I once stood outside the entrance to a nightclub in downtown LA wearing a dark suit. People started to show me their ID cards as they walked in. I could have had a lot more fun with that than I did, had I been a quicker thinker.

So think in advance and pass yourself off as somebody “more important” than you are.

I was at NMX – a conference – in Vegas several years ago, sitting down at a table outside one of the session rooms with Antonio from Real Men Real Style.

We were shooting the breeze, chatting, eating sandwiches, saving the world. Regular stuff.

We got approached roughly five or six times in half an hour by people who needed something. They needed directions. They needed information. They needed to know where the best place to grab lunch was. They wanted to know what time the afternoon sessions were starting.

Because we were sitting at a table that at one time might have been a registration table, we looked semi-official. We spoke to new people. We made new friends.

So assume that officialdom. Play host. You can always tell the host from the invited-spouse-of-the-new-guy-in-office from their body language. From their sense of belonging.

They say that if you’re carrying a clipboard, wearing a dark suit and earpiece and walking in a determined manner, you can get backstage anywhere. It helps if you’re a white, middle-aged male, as well, I guess.

But if you don’t have unfair advantage, and you don’t want to take up smoking, take any of those five ideas and run with them.

And when you’ve collected those new friends? Just follow the five steps I outline in my world-beating guide to the five things you need to do every morning to get more clients in sixty days. 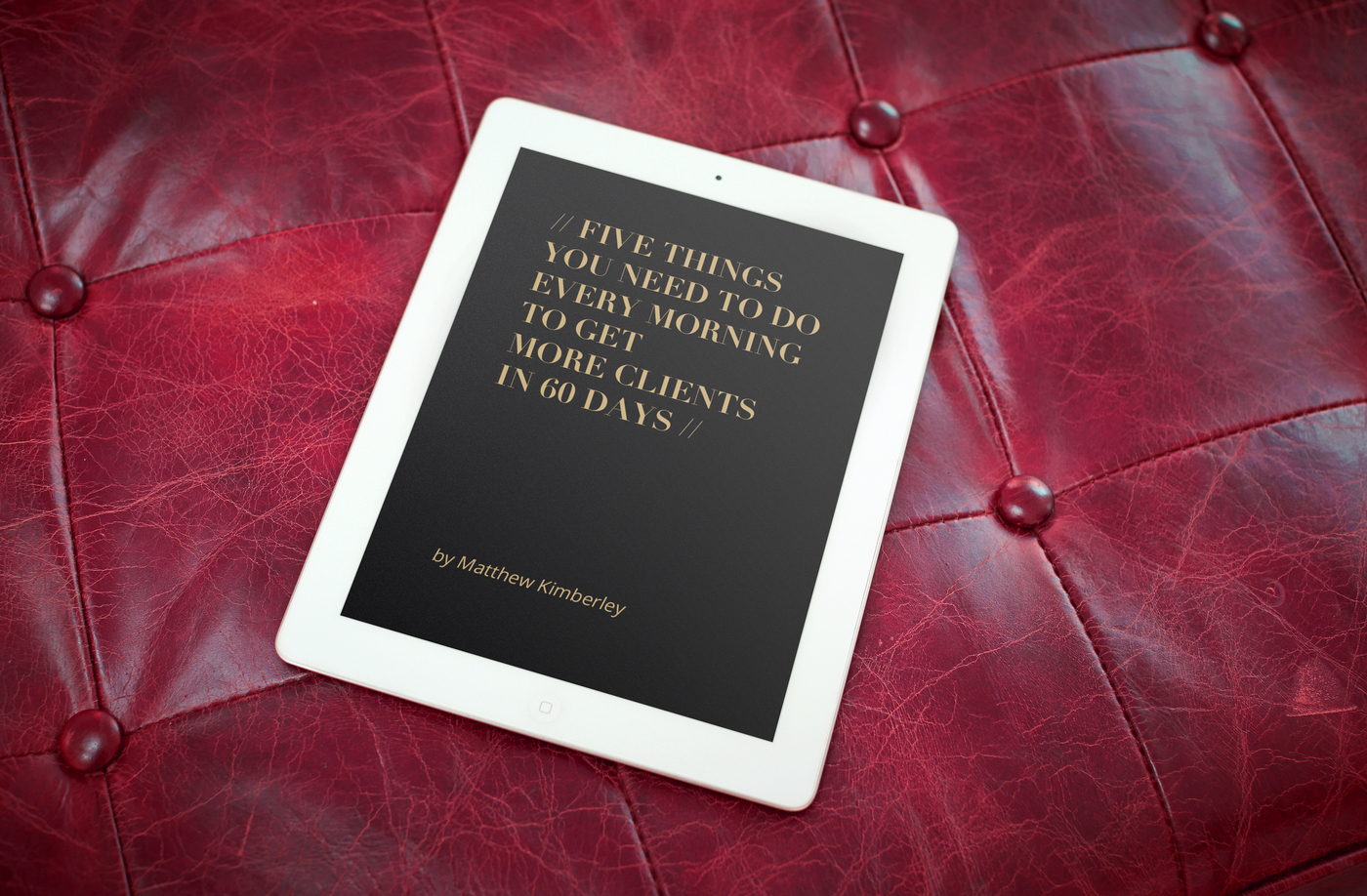 Let me know how you get on.